﻿﻿5 Strategic Counter-UAS Solutions to Critical Drone Attacks
Malicious and lethal drone attacks have been around for several years now, they first appeared by activist groups to disrupt infrastructures, and more recently against armed forces and offensive-weapons vehicles in ground warfare. Drones are now faster, smarter, readily available, and capable of larger payloads. It becomes critical to understand the potential of such danger and deploy relevant solutions for your particular asset and environment to be protected. Understanding and gauging the threats, while predicting possible tactical and strategic attacks, is vital to putting in place the right solution.

1 – Infrastructures – Infrastructures and Utilities Protection
All commercial and institutional facilities are vulnerable to drone attacks, keeping in mind that a minor breach may seem small in scale, but for the end-user, service interruption and unavailability could also cause the company very large financial losses and operational repercussions. Critical Infrastructures; Oil and gas pipelines, electrical facilities, power and nuclear plants, transformers, and power lines distribution. Water reservoirs, treatment, gaging stations and distribution systems. Natural gas pipeline infrastructure and distribution. Fibre optic telecommunication broadband networks. These are some of the principal targets which imperatively need comprehensive large-scale solutions to prevent any attacks. Protecting the perimeter in question with fixed sensors in and around premises in order to detect any inbound intrusions. Infrared, radar, visual, and sound detection sensors must be deployed, as well as an on-location or remote command-and-control facility to assess the breach and take action to avoid and minimize possible damage.

2 – Correctional Facilities – Contraband Smuggling
Correctional facilities, jails, and prisons have been the target of continuous tentative to smuggle items to inmates. Recent headlines have shown the variety of items seized while attempting to supply money, drugs, cell phones and weapons. At all levels, facilities have been the target, from military, private, State and Federal prisons, to a minimum to high-security prisons. This latest trend has raised the need for facilities to deploy countermeasures and take into consideration the limits of the current legislation and acquire the authority to take action. Anti-drone systems can be deployed to mitigate incursion attempts with RF spoofer technology and prevent any malicious drone to approach the correctional facility perimeter. RF jamming will provide a safe no-fly zone by blocking all drone communication abilities, hence forcing it to ‘return home’ command.

3 – Security Operations – Special Tactical Units and Counter-Terror Operations
Law enforcement authorities, special tactical unit interventions, and counter-terror operations are all critical raid situations where forces need to remain safe from disruptions while in operation. Ground team members and officers need to be reassured, and on very short notice, that no rogue drone will disrupt their planned operations. Deploying countermeasures to avoid communication jamming or being directly targeted. As part of the planning of such an operation, specific solutions are available to counter malicious drones. It is important to conduct a thorough risk assessment of the targeted location and gather intelligence to deploy the proper mobile unit. For tactical purposes, ground force personnel can wear a combat-proven Counter UAS solution that can detect and mitigate remote-controlled commercially available drones. In addition, an UrbanLock mobile solution can detect intrusion from a rogue drone within an identified no-fly zone and establish a security perimeter.

4 – Border Security – National Sovereignty
Border protection has become the top homeland security priority for many countries around the world. Since the start of the Syrian war, Europe has seen millions of migrants crossing land and sea, all the way to the shores of the UK. Similarly, the United States is currently experiencing the worst border crisis in its history. Border control and law enforcement agencies will therefore need to deploy anti-drone technologies to ensure the detection of any attempt of intrusion but also protect themselves from malicious drones via border airspace, gathering intelligence on border patrol rounds, movements and deployments. A command and control platform will handle actionable intelligence to detect, locate and neutralize all rogue drones. RF detectors, radars, and multi-range jammers advanced protection can be deployed in a fixed or mobile setting.

5 – Intelligence – Intelligence Gathering
Industrial and corporate spying or espionage are conducted to acquire information and intellectual property, but for even more concerning reasons to gather intelligence on planning illegal breaches, and coordinated terror attacks. The first line of defense would be to protect the property perimeter with border protection to mitigate direct incursion attempts. In addition, a long-range radar precision tracker that provides detection and tracking of invading unmanned aerial systems. Once the system detects a threat, it identifies the location of the incursion, achieving precise geolocation within five meters of the target.

UAS technology continuously evolves, and drone incursions can cause greater and more lethal attacks. It is important to keep in mind that all deployed solutions need continuous assessment to remain efficient. Contact us to discuss your particular needs and create a customized deployment plan to identify and alleviate all possible threats. 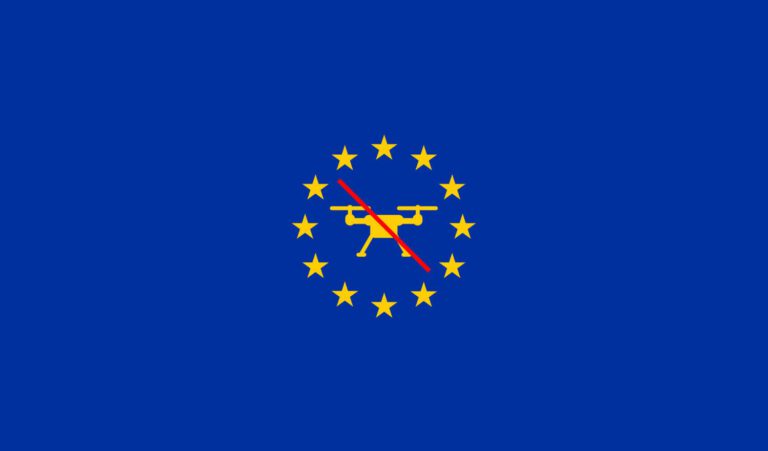