■ Controlling and monitoring all system segments

■ Ability to switch from Active to Passive Detection, without impairing the end result. 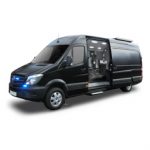 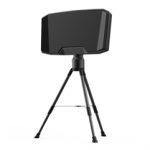 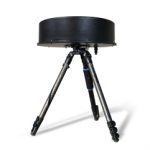 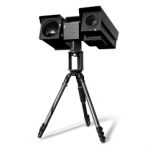 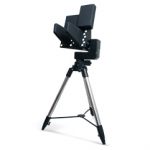 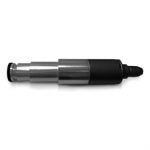 Used by border control and field operational units to retain communication and relay information in real-time to the command control.

Using the intelligence collected, the command operator is able to make accurate and rapid decisions. The systems offer a wide neutralisation range of up to 15km.

Over the last two years, there has been an alarming increase in incidents between drones and aircraft. Drones pose a genuine threat to aircraft and aviation security, endangering public safety and potentially causing financial damages.

SKYLOCK’s passive protection system is specifically designed to provide airports with an impenetrable layer of defence against drone incursions, detecting drones from distance of up to 3km. 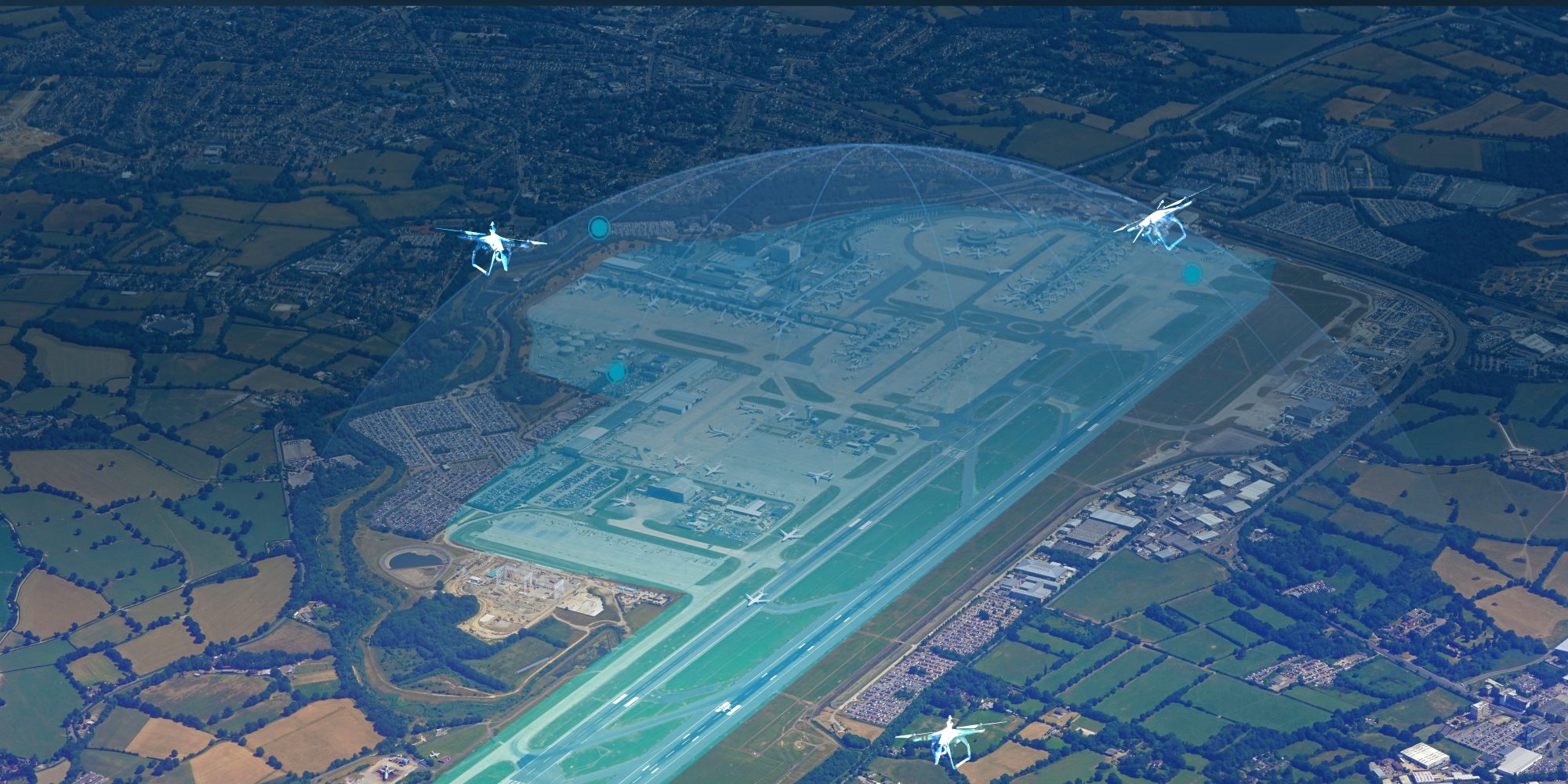 With the escalation of drone incidents in the last two years, the Department of Homeland Security has realised that security measures need to be implemented to protect critical infrastructures surrounded by ground defences such as: fences, sensors, access control and CCTV-all of which drones can easily breach, gathering sensitive information with the help of high definition cameras. 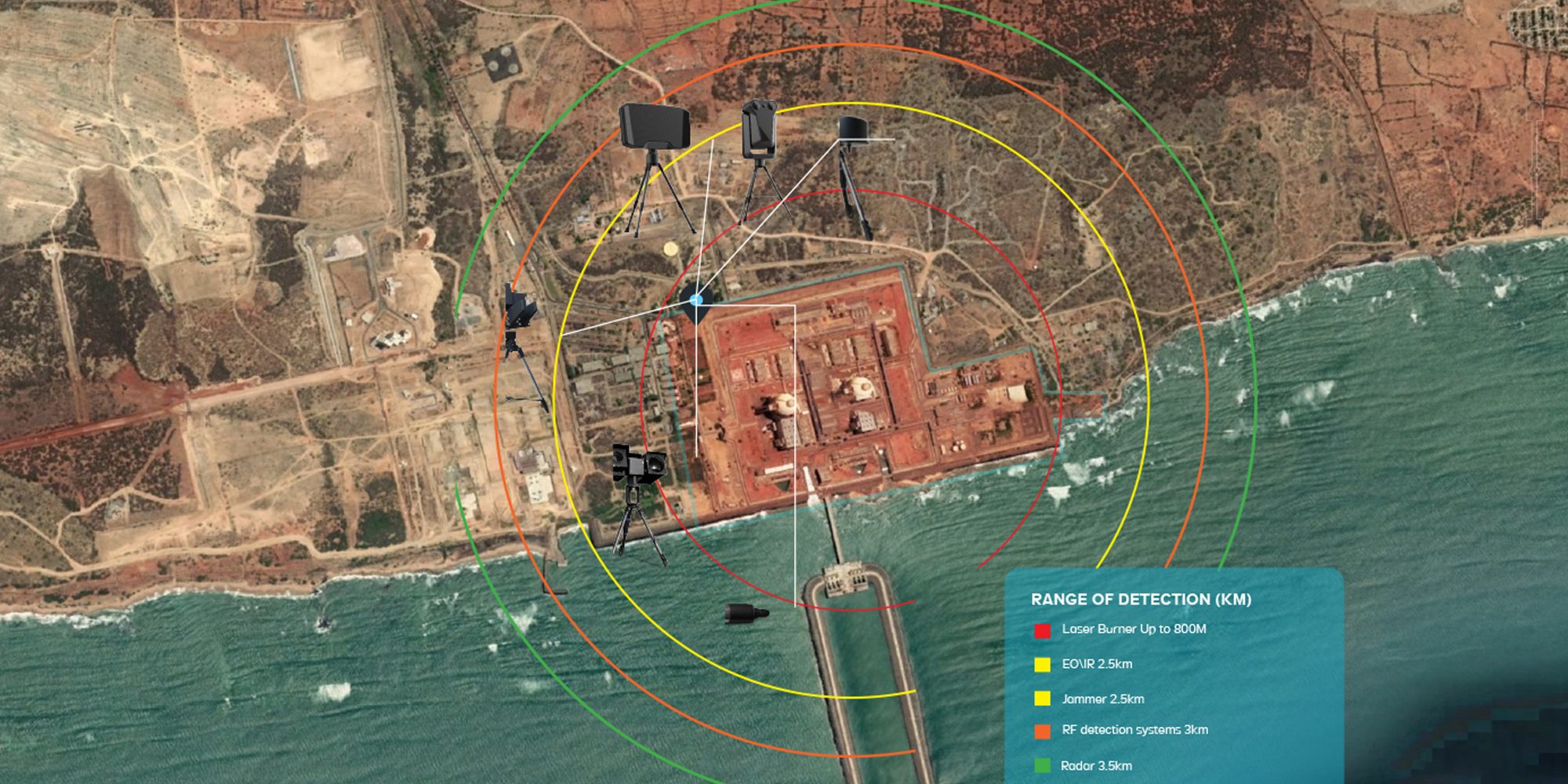 Presidents and high-level officials require protection when traveling in a convoy, appearing at outdoor public events or within their residences.

In 2018, weaponized drones were used for making an assassination attempt against a VIP. This incident highlights the challenges of defending officials against drone attacks in crowded areas and how easily a drone is able to penetrate security measures.

SKYLOCK’s modular systems provide two alternative platforms for the protection of presidential residences and key government buildings in addition to a combination of mobile/convoy protection systems. 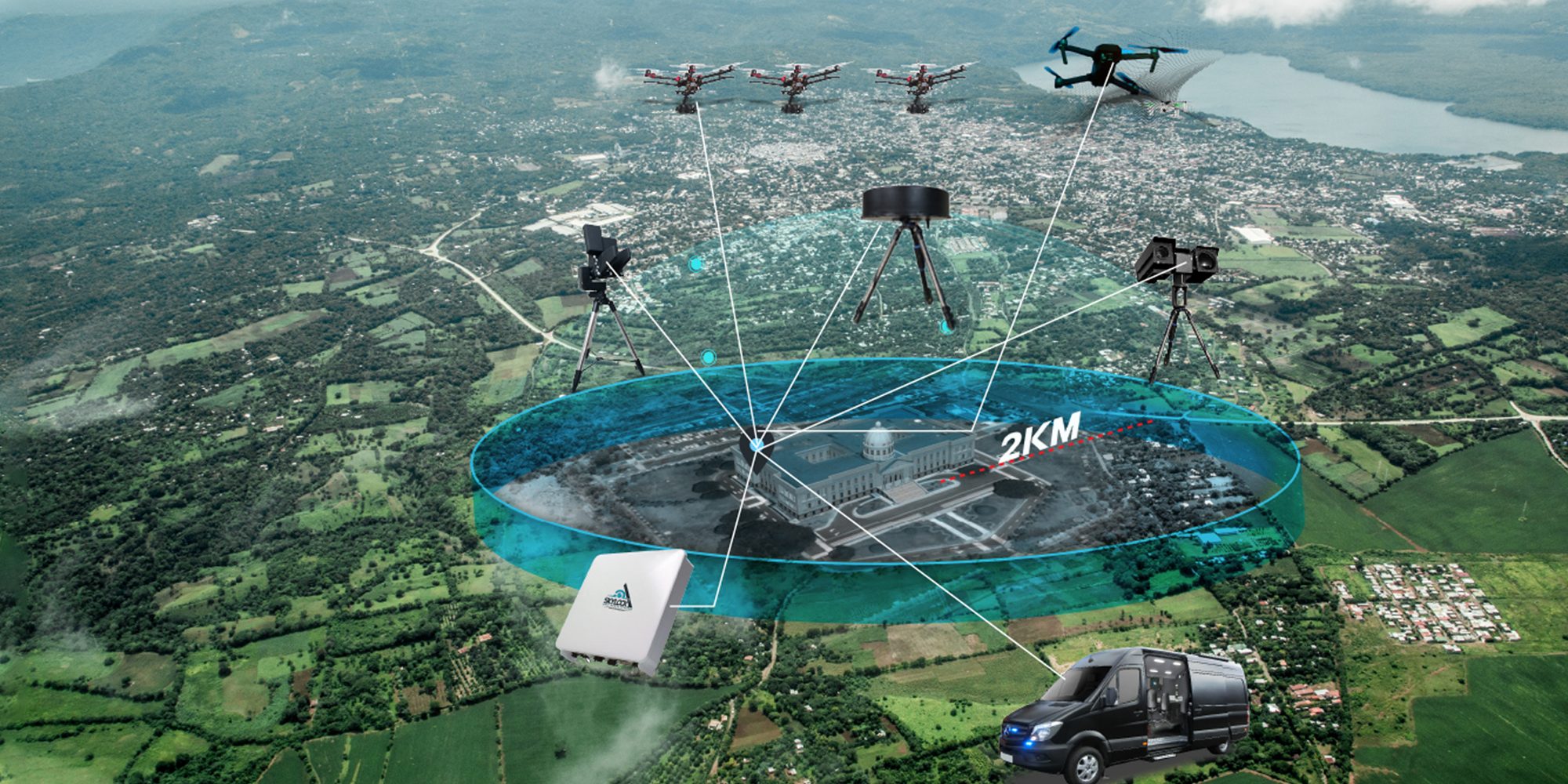 Drones have emerged as a significant threat to prison security worldwide. Remote controlled and easy to operate, drones are now being used by criminal organisations to smuggle drugs, cell phones and other potentially dangerous contraband inside prison walls.

A sophisticated drone with a built-in GPS can carry a payload of approximately 1.5kg, flying into a prison compound, and hovering in close proximity to an open window, allowing inmates to gather contraband. SYKLOCK provides a customisable platform that delivers 360˚ coverage of 2km.

With the increased availability and rapid advancement of drone technology, Homeland Security officials are aware that it is only a matter of time before criminal or terrorist organisations further their agenda by carrying out an attack at a sports event such as the World Cup or Olympic Games. Advanced drones can carry a payload of up to 5kg containing chemical or explosive substances. SKYLOCK delivers a customisable platform to provide a protective shield over a stadium preventing drones from stealing air-time or carrying out an attack 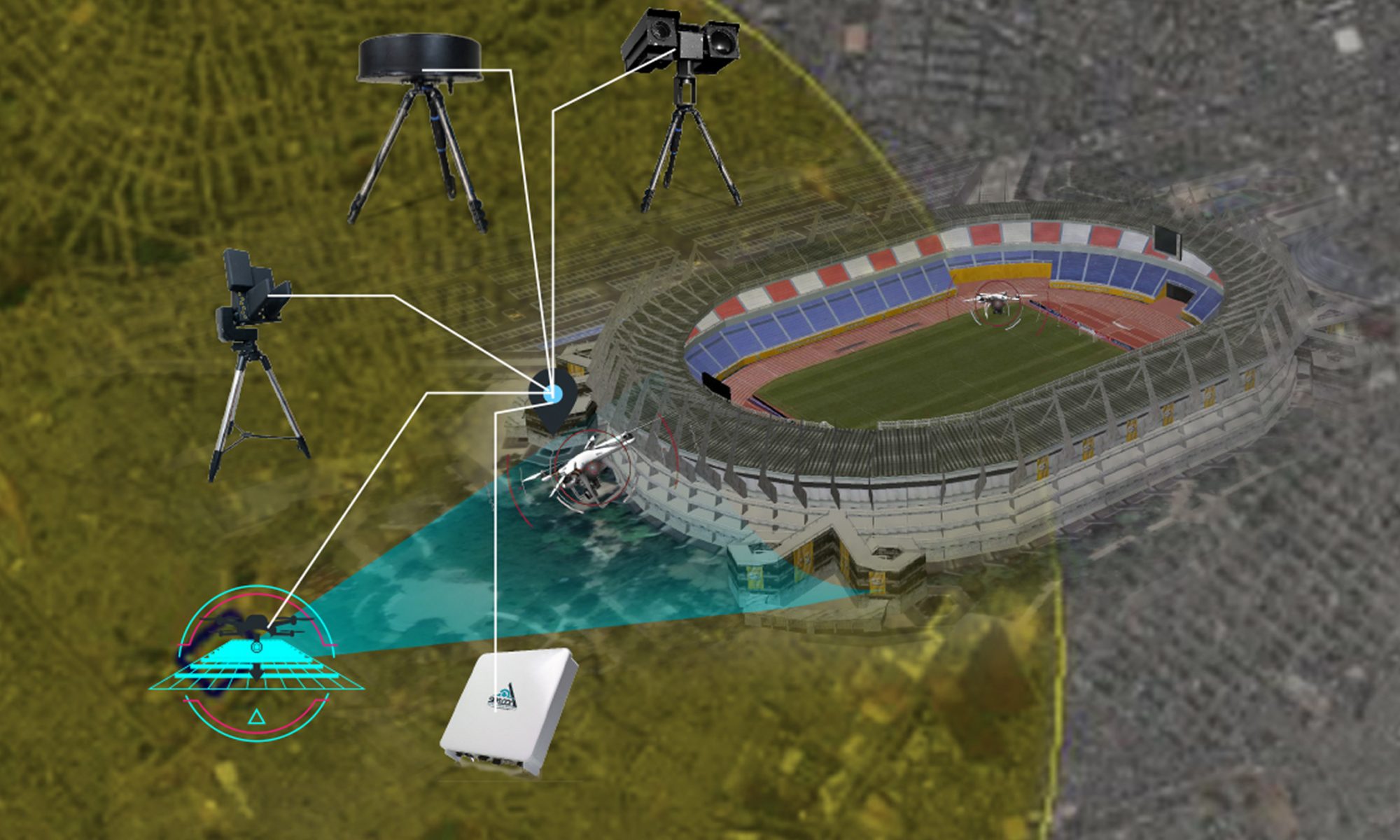 Over the last decade, military and federal agencies have faced increased national security threats as the number of drone incursions into restricted airspace has rapidly escalated.

In the US, the FAA recently passed a number of restrictions on unmanned aircraft operators, creating “no-drone” zones to deter drone operators from entering sensitive government facilities and ensure national security.

With limited regulations, drone hobbyists have created safety issues for private aircraft, especially helicopters flying lifesaving and firefighting missions at low altitudes. With numerous incidents of drones straying into commercial airspace documented to date, the need for a comprehensive solution to this threat has never been more evident.

Drones pose a significant danger not only to airport security, but also to aircraft during take-off and landing. Flying at lower altitudes, helicopters are particularly vulnerable to drones and the number of collisions has escalated alarmingly since 2015. 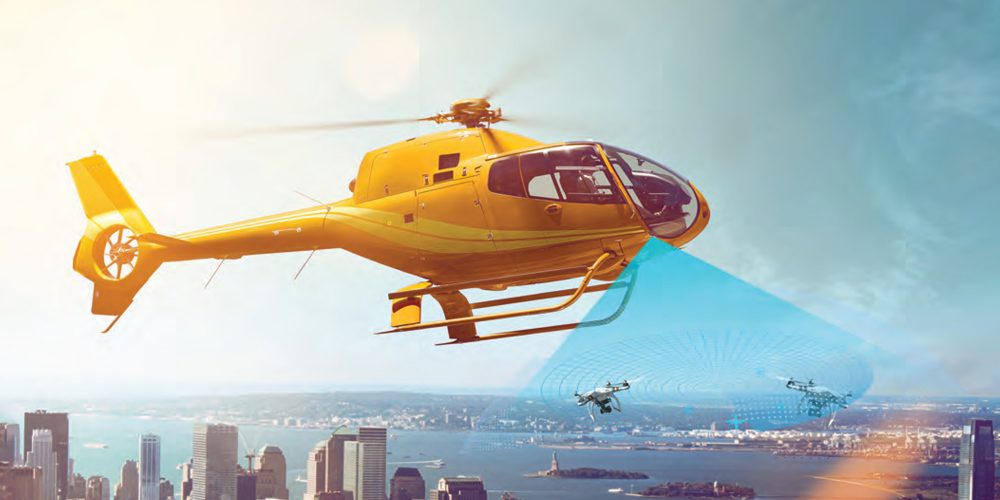 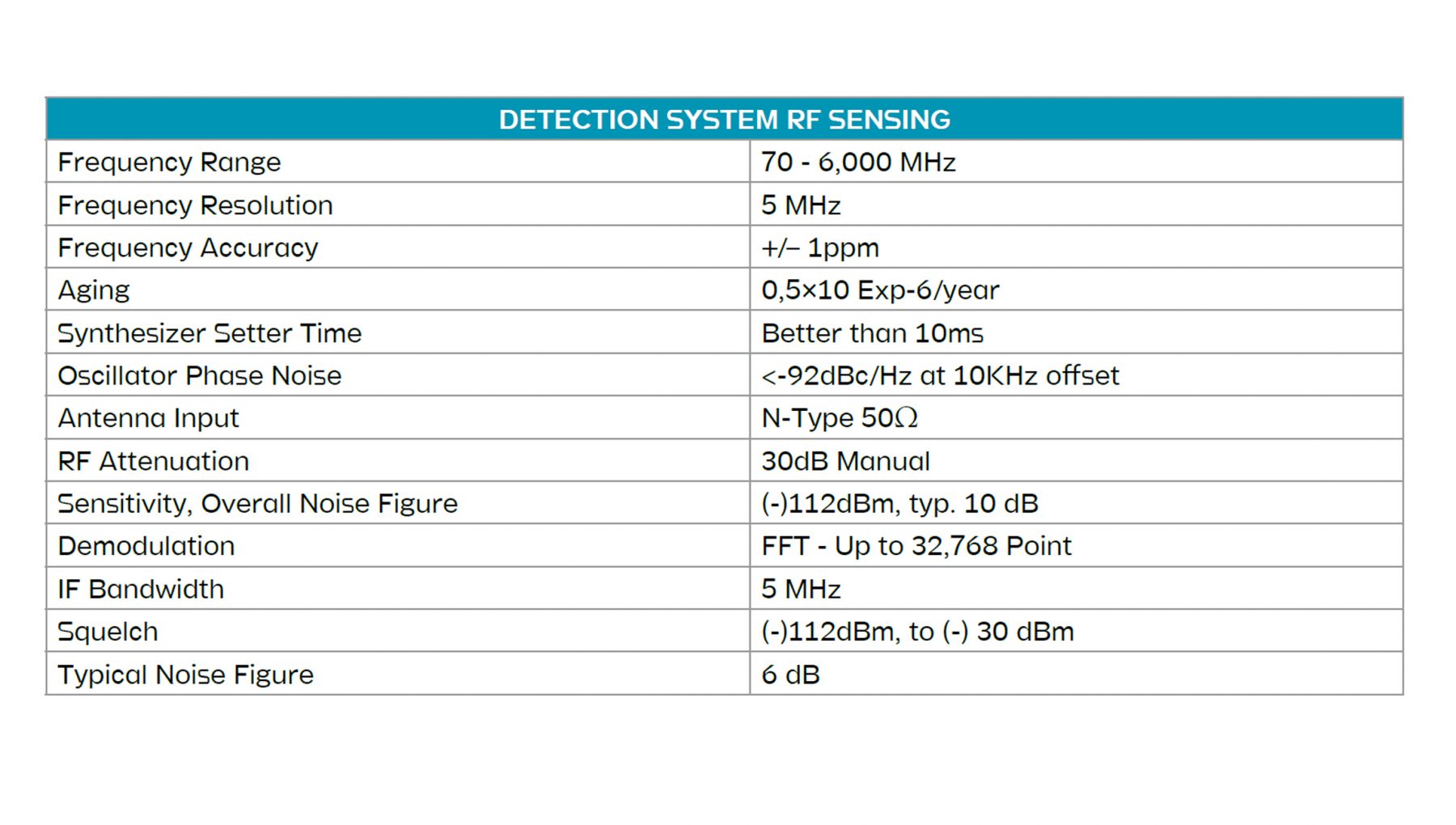 ■ The SD receiver gathers RF signals from the system’s antennas.
■ The SDR analyzes all incoming signals to detect approaching drones.
■The system identifies the incoming drone, highlighting its location on the display and allowing the helicopter to avoid collision

The VIP DOME system is designed to deliver a portable and easy to use system to neutralize unauthorized drones entering a secured perimeter.

The VIP DOME can be used in two modes; Detection and jamming, or automatic jamming. By using the detection and jamming mode, the system scans for drones using an array of omni-directional antennas. Once a threat is detected, the system transmit an automatic command to the jamming unit and blocks all radio communication channels, including GPS signals and video link.

The system detects the general direction of the drone and transmits a specific beam directly to the drone. At this point the drone will drift away and lose communication with its operator. 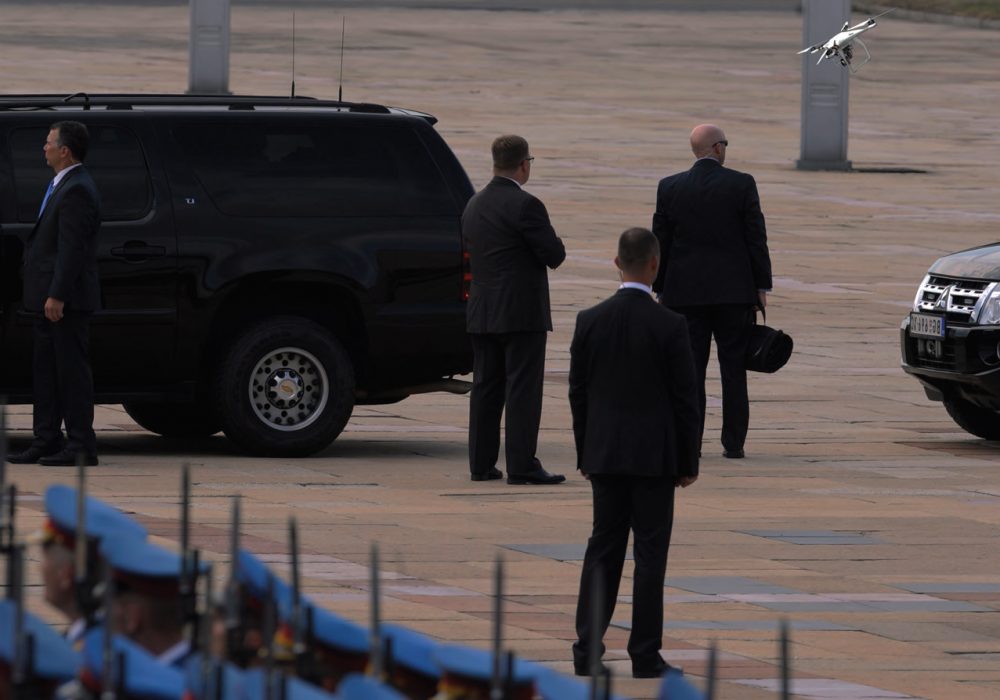 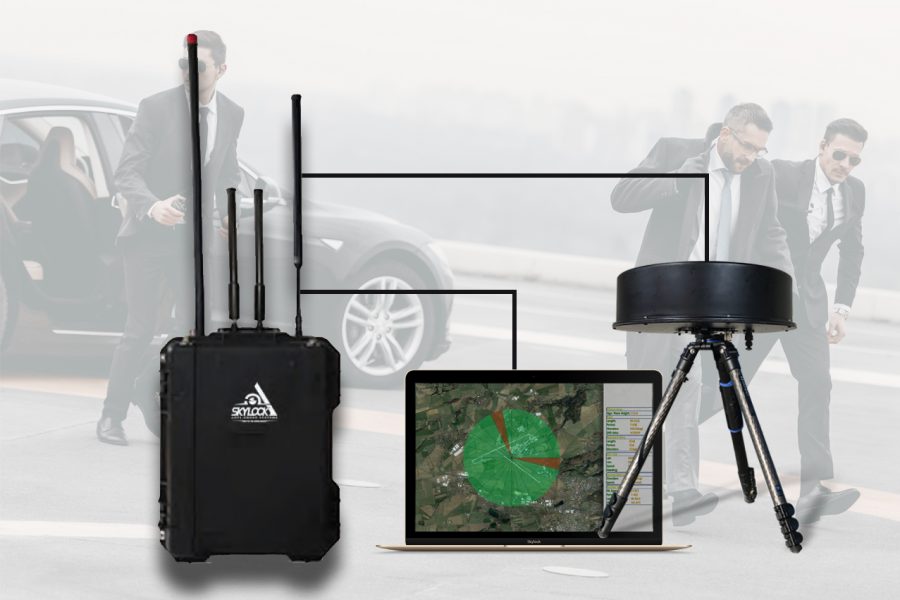 ■ The system is managed by a PC which displays a general detection azimuth and jamming status.

■ In the automatic jamming only mode- the system will clock any type of drones in the designated radius without detecting, and will create a protection bubble around the perimeter.

■ The VIP DOME’ battery lasts for 2 hours. An electric connection is available as well.

■ The protection jamming radius is 500 meters.